Bulgaria and North Macedonia discussed the railway connection between the countries

In Bulgarain  In Macedonian  In Romanian  In Serbian

The General Director of the Bulgarian National Railway Infrastructure Company (NRIC) dipl.eng. Krassimir Papukchiiski welcomed a delegation of Macedonian Railways - Infrastructure, led by the new General Director of the company Hari Lokvenets, BalkanEngineer.com learned from a statement by NRIC. The stages of designing the railway connection between the two countries were presented during the meeting. An emphasis was put on the project for construction of the border tunnel on the Deve Bair mountain pass. 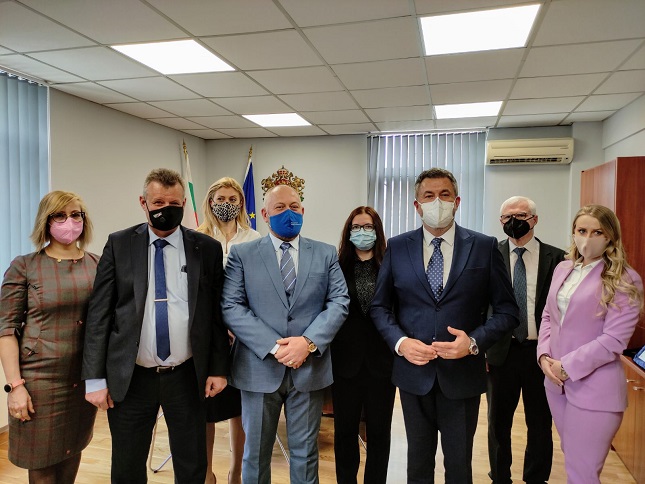 The leaders of the two structures reaffirmed their commitment to the joint work of the working groups that support the design and implementation of the railway connection between the two countries.

The need for a tripartite meeting between Albania, North Macedonia and Bulgaria to discuss rail link between the Adriatic and the Black Sea, as well as access to the Italian ports of Bari and Brindisi, was also discussed.

NRIC is implementing a project for modernization of the railway line Radomir - Gueshevo - border with the Republic of North Macedonia. The route is part of the main TEN-T network, connecting the European Union through Bulgaria with other countries in the Balkans and Turkey.